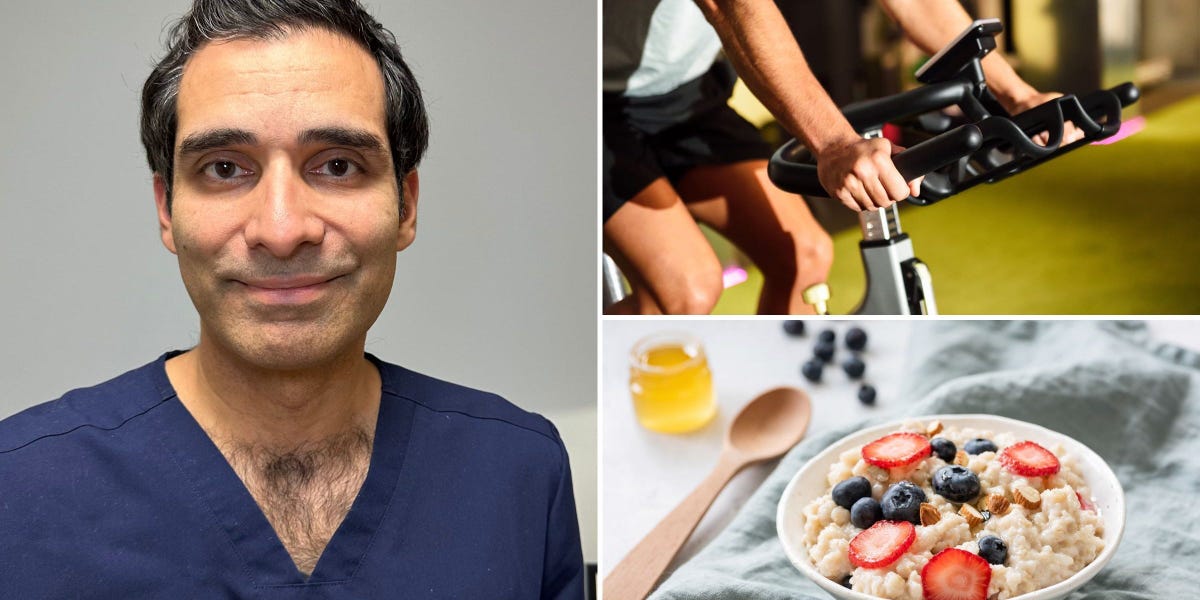 A cardiologist has shared four lifestyle choices he makes to keep his cholesterol low.

Too much of what’s known as LDL cholesterol — considered a “bad” type — can block arteries. This puts people at risk for heart disease and stroke, two leading causes of death in the U.S., according to the Centers for Disease Control and Prevention.

According to the CDC, two out of five American adults have high cholesterol.

Dr. Ali Haider, an interventional cardiologist at NewYork-Presbyterian Queens, said every adult should get a cholesterol check to know their levels, and he does this annually.

Haider, 44, who has a “very good” cholesterol profile, said blood cholesterol levels depend on diet and how well the liver removes it from the blood, which may be down to genetics. This is one reason why some people have high cholesterol in their blood despite eating a healthy diet, he said.

Haider, who has no family history of high cholesterol, makes food and lifestyle choices to control his cholesterol. He added that diets and exercise regimens for heart health need to be individualized.

Eat meat only twice a month

Haider ate meat five times a week until two years ago, but has since cut back on high-fat animal protein.

Haider now eats meat about twice a month, opting for lean, grass-fed steak or lean chicken. Research suggests that grass-fed beef is generally lower in fat than grain-fed beef and also contains healthier types of fat, such as omega-3.

Haider has swapped steak for fish, such as salmon, and also enjoys vegetarian meals that contain pistachios or almonds.

Saturated fat in meat protein can raise “bad” cholesterol levels. “Think of saturated fats as fats that are sort of a solid state at room temperature, for example: meat protein, coconut oil, ghee and palm oil,” he said.

Unsaturated fats, such as those found in oily fish or nuts, can lower “bad” cholesterol, he said.

Eat foods like oats and beans that bind to cholesterol

Haider said minimally processed whole grains — rather than highly refined ones like white rice or bread — and beans bind to cholesterol so the body can’t absorb it.

Haider said he often eats oats. He and his wife are also “big fans” of beans, which he never liked before.

“You can actually make it quite tasty,” he said.

Haider said exercise is “super important” because it can lower cholesterol independently of diet.

Haider makes sure to walk quickly through the hospital every day and prefers to take the stairs over the elevator. He also tries to use his Peloton bike for at least 20 minutes twice a week, though he said expensive equipment or gyms aren’t essential.

The American Heart Association recommends that people get two and a half hours of “moderate” physical activity per week, such as dancing or gardening, or 75 minutes of “vigorous” exercise, such as jumping rope, running or swimming, he said.

Haider tries to have a routine so he gets enough sleep. This may lower “bad” cholesterol, he said, citing research.

To do this, Haider strives to eat at a reasonable time and avoids caffeine and screens at night.